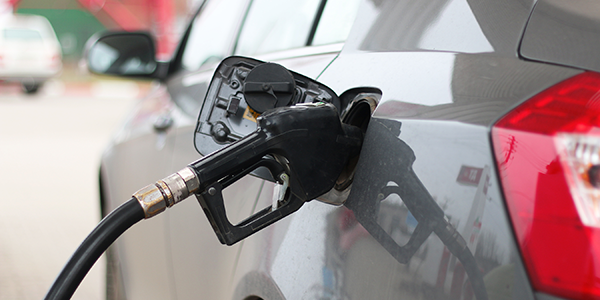 If a gas station is switched from conventional gasoline to E10, much of the sediment, oxidation residue and other contaminants in the storage tanks and lines can be dissolved or suspended in the new fuel. Contaminants can cause premature filter plugging and injector fouling.

Ethanol-containing fuel can hold a limited amount of water, which is highly temperature-dependent, before the fuel experiences phase separation and a large percentage of ethanol and water settle to the bottom of the vehicle’s gas tank. Moisture can cause corrosion to the fuel system and erratic engine operation.

Ethanol is a mildly acidic molecule which accelerates the corrosion process in iron-based alloys or aluminum, brass, bronze, silver, lead and other alloys found in most fuel systems.

Ethanol is OK with the EPA

In 2011, the EPA (controversially) approved the use of E15 with required fuel registration and pump labeling. According to the EPA, E15 won’t harm 2001 and newer vehicles because their hoses, gaskets and seals are specially designed to resist the corrosive ethanol.

However, the American Petroleum Institute (API) strongly disagreed citing further testing provided strong evidence that the “use of E15 could harm car and truck engines, potentially affecting millions of cars and trucks.” The president of API went on to say, “EPA’s decisions in 2010 and 2011 approving E15 ethanol-gasoline blends for most American vehicles were premature and irresponsible. EPA approved E15 knowing ongoing vehicle testing had not been completed. Worse, as API noted in its press briefing two weeks ago, it approved the fuel even though government labs had raised red flags about the compatibility of E15 with much of the dispensing and storage infrastructure at our nation’s gas stations.” (bgfor.me/api)

Even several OEMs—including Ford, Toyota, Nissan, BMW, Mercedes-Benz, Honda, Chrysler, Volkswagen—are against the approval of E15 and stated they will not honor warranties on older cars (before 2001) running on E15. They are “concerned about the effects of E15 on engines, fuel pumps and other fuel-system components in cars that were not designed for it.”

EPA approval and OEM threats aside, it is ultimately up to consumers whether they fill their tanks with E15 or stick with the more standard E10 (or even go out of their way to buy “pure gas”). Either way, they’re going to need something to keep their fuel system clean and protected. And BG’s got just the solution!

Ethanol-containing gasoline is highly susceptible to water accumulation which can cause corrosion on fuel system components. BG Ethanol Fuel System Drier forms a stable solution with water and gasoline allowing more water to pass harmlessly through the fuel system, without affecting the combustion process.

Added at each oil change, the BG Ethanol Fuel System Defender Service will defend fuel systems and engines from the destructive effects of ethanol, particularly E10 and E15. But for corrosion protection, added to the fuel tank at each fill-up, BG Ethanol Corrosion Preventer, PN 212, will restrict fuel oxidation, gum and varnish formation typically caused by ethanol-containing gasoline. BG Ethanol Corrosion Preventer also protects the fuel system by neutralizing acids in the fuel and by protecting metal components with corrosion inhibitors. It will keep the entire fuel system clean and restore power and fuel efficiency.

Instead of paying to fix or replace an engine destroyed by ethanol-containing gasoline, consumers can ask for the BG Ethanol Fuel System Defender Service with every oil change and then pour in a corrosion preventer maintenance product to help avoid the damage altogether. 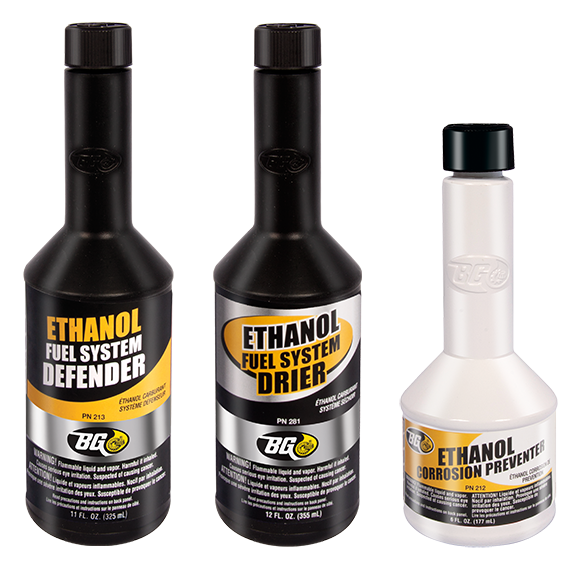