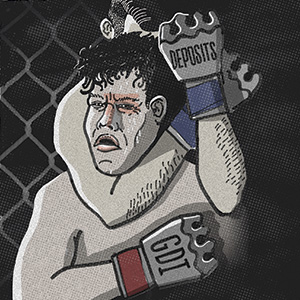 Everyone who knows anything about engines knows that a V8 is a fast, powerful, gas guzzler. And a four-cylinder is slower, less powerful, and more fuel efficient.

Well, everything you think you know about engines has changed.

Pair an efficient four-cylinder with a power-boosting device like a turbo, and run it like a diesel, with the injectors firing directly into the combustion chamber and… you have a market-changing automobile.

In its first seven years on the market, the GDI engine grew from insignificant to powering 38 percent of all cars sold! Six out of 10 of Ward’s 2016 Best Engines are all GDIs. The GDI engine is not only the hottest selling engine, it’s also the hottest topic in automotive maintenance.

Even explaining how a GDI engine works and why it’s hard to clean is complex and pretty technical. Here, I will compare it to the wildly popular and, frankly, awesome sport of Mixed Martial Arts (MMA) fighting.

Essentially, there are three main elements of MMA that a fighter must master: striking, wrestling, and submissions. To achieve all three, a fighter must be proficient in a combination of many different fighting styles.

It’s not just boxing. It’s not just wrestling. It’s both. It’s also Thai Kickboxing, Brazilian Jiu-Jitsu, Jeet Kune Do and more! There are hundreds of different styles. With the right combination of fighting techniques, even the smallest MMA fighter can be extremely lethal.

Essentially, there are three notable performance attributes of a GDI engine: powerful, fuel efficient, and clean burning. To achieve all three, the GDI is built like a diesel, but runs on gasoline. As in diesels, GDI injectors are located inside the combustion chamber to inject the right combination of fuel and air to produce a more complete burn at the most opportune time.

With everything working as designed, the GDI performs like a muscle car with the carbon footprint of a small sedan.

Fighters must act with precision. Timing, coordination and sensing an opening are critical to the effectiveness and endurance of the fighter. Inaccurate, near-missed punches are an unnecessary waste of energy. Efficient striking accuracy causes more damage to the opponent.

Injection timing, coordination and injector placement inside the combustion chamber are essential to the efficiency of the GDI engine. With the injector inside the combustion chamber, the engine’s computer has more precise control over the amount of fuel sprayed during the injection event. This injection accuracy creates a more complete explosion with more power and very little wasted fuel.

3. Can be taken down by a simple choke-hold

Without the proper defense, the choke-hold can immobilize an MMA fighter, and (if he doesn’t tap out first) cut off blood flow to the brain and cause him to pass out. Don’t you get a crick in your neck just reading this?

Without a fuel injector to spray it clean, the GDI intake valve quickly becomes coated with carbon. Carbon deposits can build significantly and choke off the engine’s air supply, cutting off power and emitting excessive black smoke.

4. Takes a beating under extreme pressure

This one’s pretty obvious if you’ve seen any MMA or UFC fights. It looks like brutal combat in that ring. MMA fighters are prone to four main types of injuries: fractures, jammed fingers, torn knee ligaments and concussions. It’s not uncommon to see ACL, PCL or MCL tears. If you’re not familiar with the knee ligaments, just know that: OUCH!

Concussions are extremely common because MMA fighters don’t wear protective headgear, and some head and neck blows are completely legal! People have died in Mixed Martial Arts fights. Died! That’s how much of a beating these people are subjected to when they step into the ring.

Many of these problems are due to the location of the injector. Constantly exposed to the extreme elements of the combustion chamber, injectors can quickly plug with carbon deposits that affect the fuel spray. Carbon deposits are then baked and adhered to piston tops because the injectors are not in a position to spray them clean.

And due to the injector location inside the combustion chamber, fuel doesn’t wash over the intake valves to protect them from further deposit buildup. In fact, if you wait until the first oil change, over thousands of miles, these valves aren’t cleaned at all!

The intake valves are nestled at the bottom of a very complex intake manifold just above the combustion chamber. As a result, hydrocarbon deposits build quickly and bake onto the backs of valves.

It’s only a matter of time before the GDI engine performs like, well… an MMA fighter with a concussion.

An MMA fighter with great defense gets hurt less and lasts longer. Primary defense starts with three main tactics: Avoid getting hit, reduce the impact of the punch, and maintain impeccable physical and mental condition.

Conditioning to be an MMA fighter is complicated, challenging and extremely intense… but it’s absolutely necessary for any fighter who wants to do well (i.e., all of them.)

Due to deposit buildup in injectors, intake ports and valves, and combustion chambers, drivers with new GDI vehicles have seen performance loss, efficiency drops, and increased emissions in as early as 3,000 miles!

It’s up to you to educate your GDI customers about their sophisticated engines and the problems that may ensue, if proper defense tactics (maintenance) are neglected.

For the most effective deposit cleanup, a professional fuel/air service addresses carbon buildup through two routes: the intake and the fuel rail. If you are not paying particular attention to the GDI engines in your service bay, you’re missing a major opportunity; or worse, you’re doing your customers an injustice.

GDI engines are complex machines, but unlike MMA Fighting, defense against GDI problems doesn’t have to be difficult or painful. 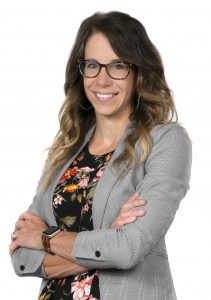 Danielle manages all content for the bgprod.com website, social media and advertising. She’s contributed articles on marketing to women, social media, advisor training and customer service to automotive publications including Fixed Ops and National Oil and Lube News. She’s been studying MMA fighters since college and GDI since 2010.

Updated October 2018. Originally published in the May 2016 issue of National Oil & Lube News Magazine and on NOLN.net.