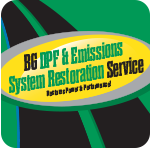 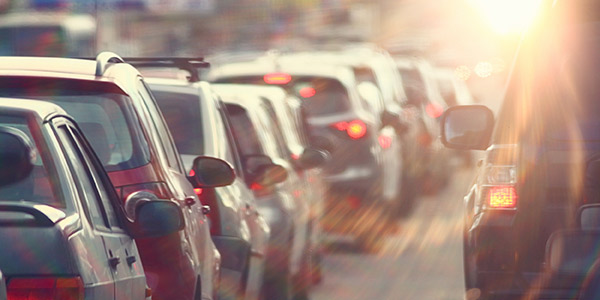 Diesel fuel (even ULSD) is notorious for producing large amounts of particulate matter (soot). Regularly burning this soot-juice in a diesel engine can take a toll, leaving unburned hydrocarbons throughout the intake and emissions system.

In most cases, it’s not just a matter of changing out a single-use filter. The DPF is designed to capture and burn off collected soot; this is called regeneration. In regeneration mode, the fuel injection timing is adjusted, exhaust temperature increases and ideally, the unburned hydrocarbons are, well, burned.

To achieve the high temperatures necessary for the DPF to go into regeneration, the diesel vehicle must be driven at speeds exceeding 40 mph (64 km/h) for an extended period. This presents a problem for vehicles primarily driven in urban traffic—where the vehicle experiences excessive idling and may never travel consistently above 40 mph (64 km/h)—therefore never regenerating the DPF, which can be catastrophic to the component.

The common solution has been to remove and attempt to clean or replace parts altogether, which is costly, unsafe and inefficient as the problem will recur eventually. Many vehicles have even been recalled due to large amounts of soot trapped in the DPF, causing flames to emit from the exhaust pipe, turning emissions systems into blast furnaces!

David Tenpenny, BG Technical Service Advisor, says, “People in the diesel industry realize this is a real problem that’s not going away and if you want to solve it, you have to fix what’s causing it. If not, you’re just applying a Band-Aid.®” Which, Tenpenny adds, has been the case for every other “solution” so far.

The BG Technology Department saw this problem as an opportunity, and after two years of research and development, became the first to market with a viable solution. The BG DPF & Emissions System Restoration Service uses groundbreaking technology to restore the DPF, while simultaneously performing an effective intake system cleaning.

With the touch of a button and the turn of a knob, the BG 12Q VIA,® PN 9300, is the first piece of
equipment to have the ability to command and control regeneration, which is key to cleaning the emissions system.

Installed through the BG 12Q VIA,® the BG DPF & Emissions System Restoration, PN 258, effectively disperses hydrocarbons from the intake all the way through to the emissions system to be burned off and sent out the tailpipe.

According to David, careful temperature monitoring, adjusting RPM and patience are the key to a successful service.