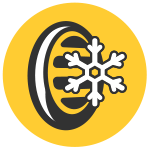 What’s so cool about a new refrigerant?
September 7, 2016

R-12. R-134a. R-1234yf. To the average person, refrigerant designations don’t really mean much. It’s the answer to the question, “What type of refrigerant does your owner’s manual require?”

However, to environmental legislative giants MAC Directive (EU), CAFE (US) and others in Japan and South Korea, these refrigerant designations represent a significant difference in global warming impact. R-134a has been one of the global standard automotive air-conditioning refrigerants, but it has a 99.997% higher global warming potential than the newer R-1234yf.

“Independent studies show that global use of R-1234yf would reduce greenhouse gas emissions equivalent to permanently removing more than 30 million cars from the roads worldwide, or about 3 percent of the total global fleet.” –Honeywell

The U.S. EPA has issued regulations that call for R-134a to be phased out of domestic new car production by 2021. R-134a will still be allowed for certain export vehicles, but only until 2025. After that, all new vehicles will have to use R-1234yf refrigerant. OEMs are slowly implementing the changes to their models. By model year 2021, the A/C systems in new light-duty vehicles in the United States will no longer use R-134a.

When the A/C isn’t as cold as it used to be, the car owner may think, “it probably needs more refrigerant.” Requesting a particular designation of refrigerant is not often top of mind. In fact, if a service advisor were to ask, he might respond, “Which is the coldest?”

While most people may not care to distinguish one refrigerant designation over another, a study published by the SAE International found: The use of R-1234yf in vehicles offers the “greatest potential to meet environmental and consumer needs.”

New R-1234yf is better for the environment… and it’s also very cool.