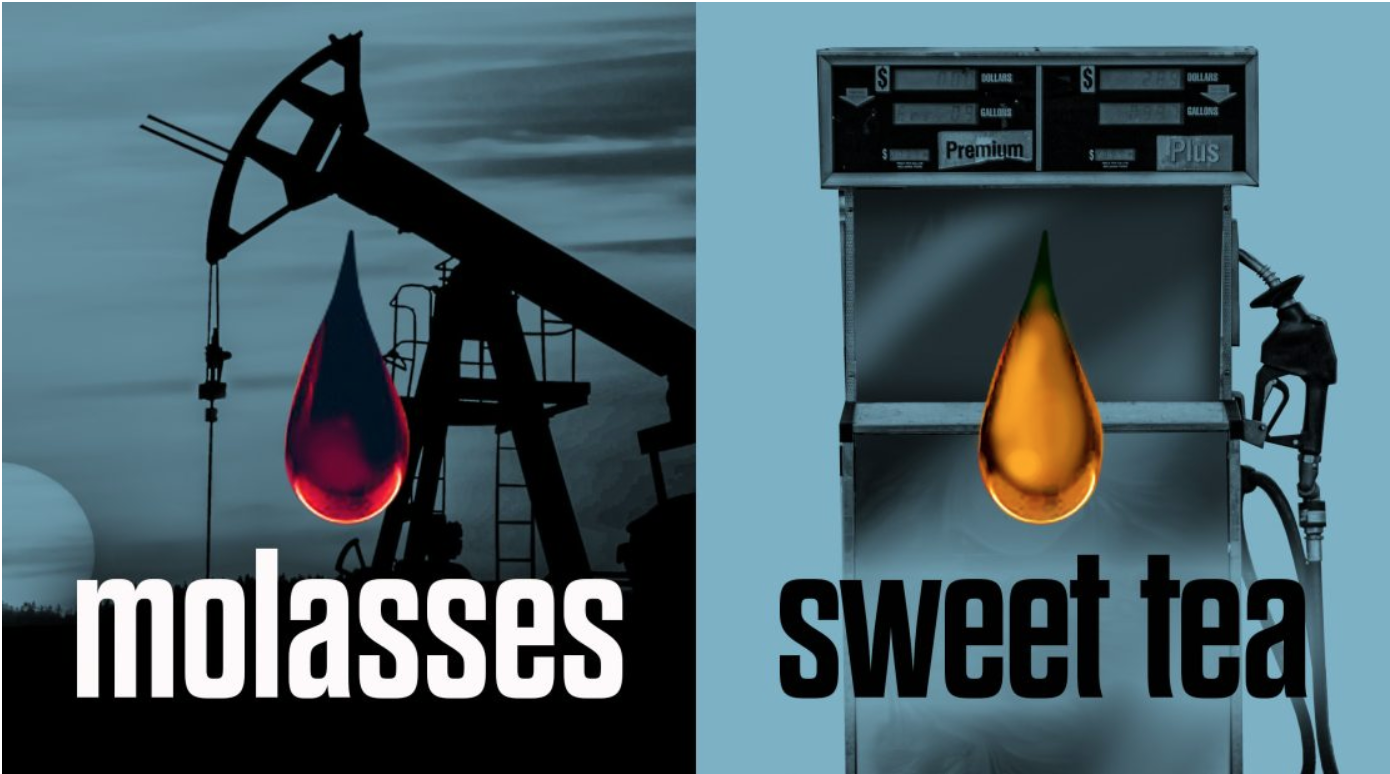 Recently, I was asked to answer the question: “What’s the difference between oil-based and fuel-based deposits?”

Now, I’ve answered this question a lot for the marketing folks so I thought I’d break it down in writing. Here goes:

Let’s think of oil as molasses and fuel as sweet tea.

If you put molasses in a pan and turn the burner on high, the heat will form it into a burnt lump that’s nearly impossible to remove.

If you do the same thing with sweet tea, the heat will cause most of the liquid to evaporate, leaving behind some sticky sugar deposits. The longer these deposits are exposed to heat, the harder they get.

To break it down:

They aren’t technically easy to clean but compared to oil-based deposits they are easier to clean. (Would you rather scrub baked sweet tea or baked molasses off your front porch?)

Oil-based deposits are harder to clean because the liquid is so viscous (ie. super thick), even in tiny droplet form.

Let’s focus on oil-based deposits in the fuel/air induction system. These deposits are hard to remove because they form in many layers, a little bit at a time over a long period. In this system, oil that lays out as a deposit is usually in a gaseous (or almost gaseous) state, like in a fine mist or little droplet form.

When an engine cycles, positive crankcase ventilation (PCV) allows crankcase gases to go upward and dump into the intake, which is cooler than the crankcase. The cooler temperature causes these oil droplets to cool and stack on top of each other second-by-second as the engine runs.

In gaseous form, these little droplets have a lot more surface area exposed than what they would have in liquid form. This means they have a lot of surface actively looking for a bonding opportunity. As they lay out on the metal surface (i.e. intake valve) one after another, the bonding action forms a matrix that can be very difficult to remove.

To point out the obvious, fuel-based deposits are commonly found in fuel systems, and oil-based deposits are found pretty much wherever the oil cycles. In an ideal world, the engine would have one section where oil stays and one where fuel stays and these two fluids wouldn’t cross paths. Unfortunately, in modern engines, it isn’t that simple.

In the past, most vehicles had Port Fuel Injection (PFI) engines (and there are still many around today). PFI engines spray fuel into the intake port and onto the backs of intake valves. This means every time a PFI engine cycles, fuel spray gives these intake components a nice bath.

However, a majority of modern vehicles have Gasoline Direct Injection (GDI) engines. With GDI engines, the injectors spray the fuel directly into the combustion chamber rather than the intake port. This process is great for combustion efficiency and for helping to reduce emissions. But, it has its flaws.

While fuel deposits are likely to build quicker in GDI engines, these systems are loaded with engine oil deposits. Due to the inherent design (which incorporates low tension piston rings), oil-based deposits in the intake and on intake valves come from two different places—the top and the bottom.

The top is from PCV, which is the largest contributor. The bottom is from poor piston ring function allowing excess engine oil vapors into the combustion chamber. Some of this goes up into the intake due to valve overlap, which is when the intake valve and exhaust valve are open at the same time (ie. variable valve timing).

Then, to make matters worse, when these oil vapors make their way into the air intake they harden like, well, burnt molasses.

Is there a one-size-fits-all solution?

That’s why we recommend the BG Platinum® Fuel System Service. It’s specifically designed to clean both fuel-based and oil-based deposits. A complete fuel system cleaning… can you think of any other solution that can do this?

How about one that could prevent deposit buildup from happening in the first place? The BG Engine Performance Service offers a three-step premium engine and fuel system cleaning that includes BG EPR®, BG Advanced Formula MOA®, and BG Platinum® 44K®.

Well, there you have it. Molasses and sweet tea = good for a sweet tooth, not for an engine.