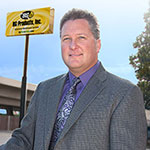 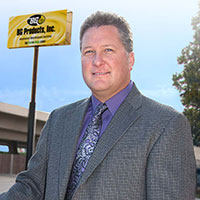 Greseth brings the experience, sensibility and perspective from the field. In 1984, Greseth began his career as BG sales rep in Denver. Three years later, he moved to Georgia to be the BG sales manager for Premaco, Inc. Then, in 1997, he partnered with the BG Distributor from Georgia to form his current distributorship, Premaco Michigan. Greseth currently heads the BG Marketing Committee, was a founding member of the BG National Accounts Committee and was named to the BG Board of Directors in 2007.

He and his wife Brenda will be making the move to Wichita early this spring. His daughter Shelby is attending college in Atlanta and his son Casey, a recent graduate of Liberty University in Virginia, works as a territory representative at Premaco Michigan.

“I am humbled and at the same time enthusiastic about joining the team in Wichita. I hope to contribute my knowledge, success and empathy in the challenges faced by distributors and sales people in the field,” says Greseth. “As president, I look forward to being a part of BG’s bright future. I’ve always felt the people in Wichita – from the plant, to the lab, to the office and in El Dorado – are some of the most capable and dedicated people with whom I’ve worked.”

BG Products, Inc., is dedicated to making vehicles last longer and perform better. In partnership with an international network of distributors, BG serves the driving public with innovative products and proven programs of automotive maintenance. In a recent national survey, dealerships said they use BG Products as their supplier of fluid maintenance service products and equipment by a margin of nearly 3 to 1 over any other supplier, including Ford, GM, Toyota and Honda.