The European carmaker Volkswagen/Audi was facing a sludge problem resulting in $4.4 million in warranty repairs. Some models of the Volkswagen Passat and the Audi A4 are equipped with turbo-charged engines, which are especially prone to sludge-forming deposits.

The only known solution was to take the engine apart to clean out the sludge that had accumulated in as little as 20,000 miles.

Sludge be gone
BG Products, Inc. and our Distributor in Europe, Mickey Dayan and BG International, have worked on other projects with Volkswagen/Audi and they are acquainted with our capabilities. Because of this, Volkswagen/Audi contacted Richard Augustus, BG Int’l Services Director, to help develop a way to get rid of the power-robbing sludge and remedy the warranty dilemma, while saving hours of shop time in the process.

The learning curve was steep and BG was under a tight time constraint. “Ken Shriner, BG Lab Manager, never lost faith,” says Vice President Harold Erwin, “he continued to formulate and re-formulate chemistry and worked with Volkswagen/Audi engineers in Germany. Meanwhile, Richard hopscotched around the country chasing sludge-ridden vehicles and testing Ken’s elixirs until everyone was satisfied with the cleaning results.” 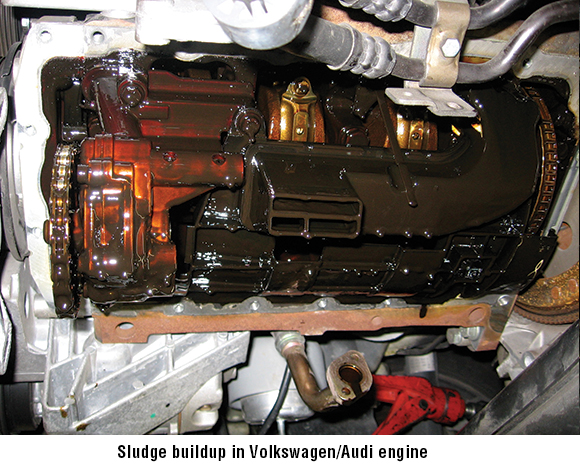 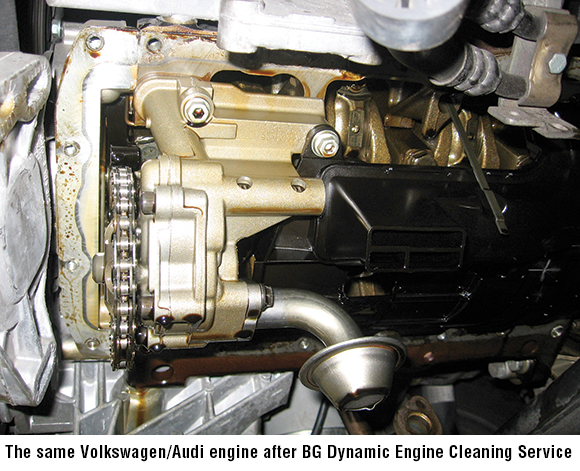 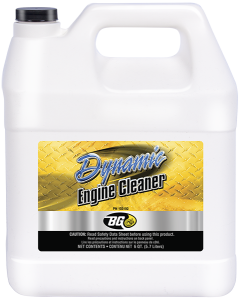 “It’s harder than it looks,” Harold says. “In reality it’s complicated, that is… if you expect the car to survive the process.” Often, sludge is a mixture of moisture that has been trapped inside the engine with oxidized oil that should have been changed more frequently.

“If we could just remove the sludge in chunk form, that would be easy,” Harold says, “but the engine would be totally plugged. The objective of this project was to dissolve the sludge so it would be suspended in the cleaning solution and could be removed by the special filters.”

The goal was to return the car to the street for a normal life with the original owner, a fully restored vehicle that would likely not have any more sludge problems. “Of course a good maintenance program with BG EPR® Engine Performance Restoration®, PN 109, and BG MOA,® PN 110, will help ensure a trouble-free future for these vehicles,” Harold says. “Volkswagen/Audi is working on a maintenance program and we hope it includes these BG products.” 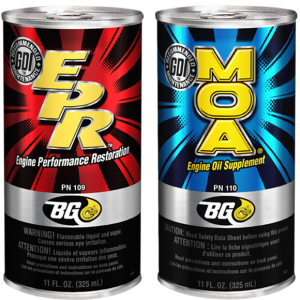 Not done yet
The tool and the product were the first part of the solution. Part two involved delivery to approximately 1,000 Volkswagen/Audi dealers and auction houses within a small window of time.

BG built tools from custom-made components. Six-quart bottle molds had to be built. Special filter elements located. Raw materials had to be brought in to complete the chemistry. Volkswagen/Audi wanted to deliver the service to its dealers by May 1, and BG did not receive all the filters until the third week of April.

Harold has high praise for the BG Distributors. They put the service into dealerships in record time. Steve Terrell, BG Project Manager, had the huge task of tracking all deliveries and reporting daily progress to Volkswagen/Audi as well as resolving any hiccups along the way.

“Recognition of extra efforts and sacrifices goes far beyond those mentioned here and certainly applies to BG’s Automotive Service Equipment Group that pulled out all the stops and burned the midnight oil to get the tools out,” Harold says, particularly since the ASEG production unit was working on three other new projects at the same time.

Volkswagen/Audi asked and we delivered an answer. Harold gives “A big thanks to everyone involved in every segment of BG and to our friends at Volkswagen/Audi for giving us this opportunity.”