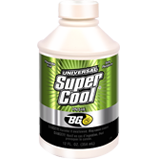 Coolant is long lasting, but keep an eye on it
September 6, 2008 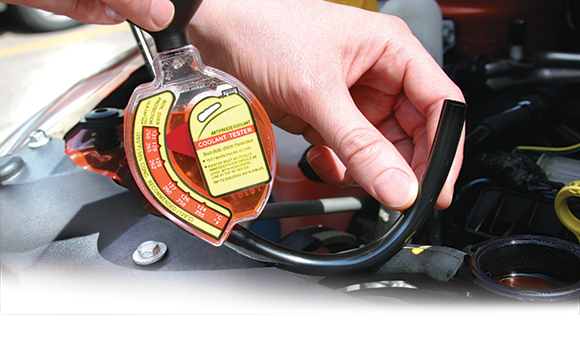 And does it make any difference what kind I use? The answer is, well, yes—and no… and, it depends.

But the main concern, BG and automotive experts say, is not thinking that your coolant—no matter what color or brand it is—will last forever.

“It will probably last the three to five years it says it will on the label,” says Mike Belluomo, BG’s Product Technical Service Representative. “However, that doesn’t mean you shouldn’t check it as often as you check the oil,” Mike warns.

If you’re the belt and suspenders type, go ahead and change the coolant every two years if you want to. “At BG, we teach our reps two-year coolant change, sort of the lowest common denominator. If you have 36,000 miles and it has been at least two years, check the system. If there is no crud, no deterioration, either replace it or simply add a coolant fortifier like BG Universal Super Cool®, PN 546,” Mike says. 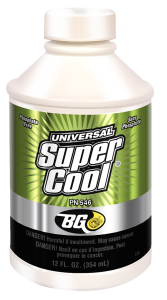 It also depends whether your car engine is aluminum or a cast iron block since both react differently to the different anti-corrosion additives in the fluid.

The opinions are reflected in an article in the December 2006 issue of Automotive Cooling Journal that points out it is “a debate with no clear-cut answer.” The article: “All Makes and all Models?” adds, OEMs have specific type recommendations and ignoring them may void the warranty. “OEMs discourage using unapproved antifreeze in newer vehicles,” the article says, adding that Ford prohibits owners from using what are known as Organic Acid Technology, i.e., “Dex-Cool” products, citing potential gasket problems.

But then, Bobby says, he has never seen anyone’s warranty voided because they used a different brand of after-market coolant.

“The coolant drum gets banged a lot,” Mike says, “but there is nothing cutting edge out there, nothing really new. With good maintenance, all coolants will work.”

“The Car Guys,” Tom and Ray Magliozzi, a.k.a. “Click and Clack,” say the difference between the traditional coolant and newer Organic Acid Technology is that OAT coolant has rust inhibitors that are formulated to last 100,000 miles or so, compared to the 50,000 of traditional. If you mix the two, and you shouldn’t go more than 15 to 25 percent, it isn’t an emergency and nothing is going to blow up or melt, but your mixed coolant won’t offer the degree of protection as either one would. Still, they say to consider an inhibitor or go ahead and change it.

An article in the 2005 issue of Motor Age magazine points out that while coolants have been developed to meet car manufacturers’ specific needs, “filling a vehicle that was designed for one type of coolant with another type can sometimes cause problems, and you shouldn’t expect the same corrosion protection as the factory fill.”

Bobby recommends checking your coolant every three to four months with a younger car, and more often with a car at least three years old and/or with 50,000 miles. “Not only the pH level, but be sure to have the techs check the AC and DC voltages as well. You can be fooled by appearances. The problem may not be visible, for instance, air in the system. Air contributes to corrosion.”

Bobby and Mike agree that manufacturers are sending the wrong message to imply that cars will go without scheduled maintenance, that all fluids will last as long as advertised. Maybe, both men say, but you ought to check anyway.

Nothing is perfect in this world, and it is cheaper to find out that your fluids aren’t protecting your car before it breaks down.